Give Dan Neil, from the LA Times a hand for writing such a "right on" article. I especially like this line:

"You know how penguins are awkward out of the water and once they dive in become ballistic torpedoes? Like that."

His email is posted below if you want to send him a note.

Reprinted in full, below, from the Los Angeles Times:

In November, during a marathon eight-hour press conference I'm delighted to have missed, Fiat Chairman Sergio Marchionne outlined how Fiat and its new corporate holding Chrysler would collaborate on future products.

It comes down to this: Fiat will build compact cars for Chrysler. Chrysler will build mid-size and large vehicles for Fiat. And both companies will sell in the other's home markets.

From now on it's the Fiat-Chrysler Italian-American Friendship Society. Shiny suits for everybody. Fuggetaboutit.

And in all those dreary death-by-PowerPoint hours, in all that chatter about synergy and shared architecture and homologation (whatever that is), you know whose name was never called? Jeep Wrangler.

According to Fiat-Chrysler's five-year plan, the Wrangler will get a long-overdue diesel engine option at the end of 2010, and make some concessions to fuel economy (a start-stop system) and creature comforts (a restyled interior). But otherwise, the Italian bosses are going to leave the old donkey alone.

Other Jeeps? Sure, why not. Fiat can build the next generation of Jeep Patriot or Compass on an all-wheel-drive Fiat Panda chassis and lose nothing in translation because those fraudulent nebbishes are about as Jeep as I am a great Italian tenor.

But the Wrangler -- a stumpy, clumsy, body-on-frame clodhopper, as hopelessly out-of-date as it is unbeatable off-road -- is the heart and soul of the brand. The Italians are justly famous for their cultural antennae, and I think it served them well here. They appreciate the semiotic enterprise of Wrangler, which speaks to a kind of four-wheel American primitivism: nativist, nationalist, armadillo-eating, off-grid, off-road, mil-spec.

You can't alloy Wrangler, you can only anneal it, which is to say, make it harder.

Take our test car, for instance. The Rubicon-package Wrangler Unlimited is full of drop-forged orneriness, starting with a couple of bigger-badder Dana 44 axles with electronic locking differentials; a two-speed transfer case with extra tall gearing; and electronic front sway bar disconnect, which will give you a little more wheel articulation when you're driving over, say, a Honda Accord.

Rock rails, skid plates and various other bits under undercarriage armor protect the body and chassis.

Unlike most other off-roaders, the Jeep retains the old-style, manually engaged transfer case, and let me tell you, it ain't smooth. To stick it in Low Range 4x4, I really had to muscle the lever in the gate.

There are some nice electronic additions to the Wrangler -- hill-start assist, which keeps the vehicle from rolling back on a hill as you put it in gear -- but the vibe of this vehicle is very mechanical, very unreformed. Old school, thy name is Wrangler.

Also, unlike a Porsche Cayenne or Land Rover LR4 -- whose onboard computers and electro-hydraulic differentials do a lot of the off-roading work for the driver -- the Wrangler requires more driving skill, lest you bury it to the axles in mud, which I almost did.

Under the latched hood is Jeep's 3.8-liter, 202-hp V-6, a unit that has approximately the refinement of a Soviet-era wheat thresher, buttoned to a similarly antiquated four-speed automatic. Shod with a set of howling 255/75, 17-inch mudders, the Unlimited -- that's what they call the model with four doors -- is a lolling, keel-showing, dead-slow mess on asphalt. There's no acceleration, unintended or otherwise. Hustled down a winding mountain road, the Wrangler handles like it's been drinking bug spray.

But then it goes off-road and suddenly, as if a special kind of gravity ensues, the Wrangler is transformed. Everything that seemed misguided or badly arranged suddenly makes perfect sense.

The ratty iron-block engine that huffed and puffed on the freeway is now purring along at 1,200 rpm, making just enough torque to climb a rutted timber road, without churning the mud. The gear ratios are perfect. The bedspring suspension -- which seemed to threaten to throw you out the driver's window -- now terrain-follows with an eerie suppleness.

You know how penguins are awkward out of the water and once they dive in become ballistic torpedoes? Like that.

Our test vehicle was up-fitted with what's called the Preferred Package 24R, including the removable plastic hardtop. The two small panels over the front seats come off without much trouble, but you will need Pharaoh's slaves to get the larger part off.

If you've got an afternoon to kill, you can also take the doors off, which is a pretty good trick, considering they have power windows and locks.

Be advised, however, that riding around town in a doorless, open-air Jeep Wrangler sends, well, signals. You've got to own that look.

The Wrangler -- still built in Toledo, Ohio, using more or less the same cartwrighting and blacksmithing as ever -- is about as pure an expression of brand and country as can be imagined.

The only comparable product would be Harley-Davidson. Both Jeep and Harley are, by many measures, fairly antiquated products.

Some of the Jeep's textures are downright hilarious, including the 30 miles of electrical tape used to wrap up loose ends on the wiring harness, or the webbed-nylon check straps holding the doors on, or the crude stamped-steel brackets that hold the seats to the floor. I've seen license plates with more commitment to craft.

But the Wrangler is a pure, expressive product, full of history and meaning, designed to do one job fantastically well. I regard it as the last American Chrysler. Long may it wave.

What happens when your hero is gone?

I don't want this blog article to be an obituary, but I feel the need to post my thoughts and put them out there in the world. So read on if you'd like, and shut down this window if you desire.

The reason I fell in love with Norman was because he was so passionate about learning and about doing well at the things that interested him. He comes from a family of business owners and after years of working for big companies, he knew the right thing for him, professionally & emotionally, was to build his own business. I came along for the ride. And it's been a ride. We used to argue with a friend of ours who also has an internet business. Our friend didn't really have any interest in the product he sold, he just enjoyed the business aspect of things. Norman, on the other hand, has been an avid off-roader & Jeeper for 20 years. He wanted to start a business that his heart was in, something he loved and was passionate about. The business person in him saw the opportunity on-line in e-commerce, and thus All Things Jeep was born.

Like most small businesses, we have struggled over the years. Will this work? Or will it fail? We have made our share of mistakes. But we've learned from them. We've worked harder than I ever thought possible, compromising many things in our lives and giving up a lot to grow and nurture our business. We are so attached to it. It is a part of us and our customers are a part of us. It is incredibly rewarding when we hear from our customers and we've made them happy.

Norman inspired me to set a goal and work to reach it, in spite of obstacles. He taught me to reach my limit, and then go beyond it. He made me realize that a commitment to something means doing whatever it takes. And we've always agreed that our customers are the most important part of our business.

My heart is pretty much breaking as I write this, but I wanted to share with our customers and anyone else who comes across this blog, that his live, which was way too short, ended when he was feeling good about reaching his goal of creating and running a successful small business. That was a giant dream of his. And he achieved it. And it IS because of our awesome customers. He died extremely satisfied with what he had achieved. (Of course, his Pacer restoration is not complete, but I know one of the 17 other AMC Pacer fans in the world will come forward and volunteer to finish the restoration!) Norman's life wasn't a flame that went out, but I think it was a spark that will keep many other flames alive. That's what he would want. And that's what he will get. Here he is in the CJ8, ready to overcome every obstacle that gets in his way. 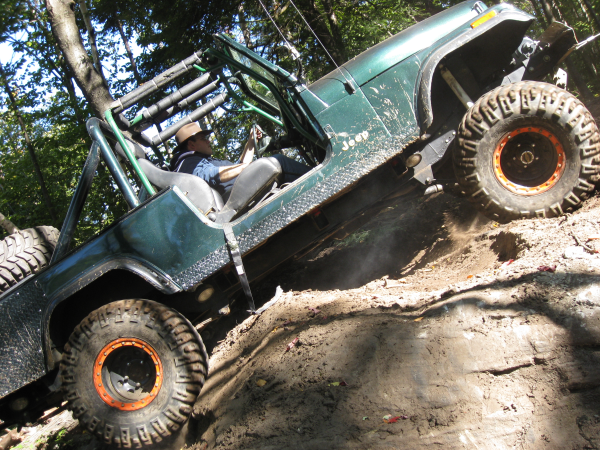 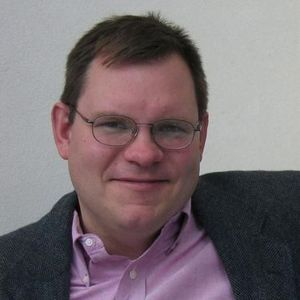